skip to main | skip to sidebar

My journal of life and those lives that surround & influence me, both positively & negatively

Posted by Mishegasmaster at 12:24 AM No comments:

Remembering Paranoia After All These Years


It’s been one of those weeks and perhaps, I’ll be saying months soon enough, but for now, I’ll say weeks. As we pull into martial law or perhaps more appropriately, lockdown, in America, week one, I’ve already felt the brunt of it and even in the simplicity of writing an email to my Uncle Mickey, as simple as writing something in the subject line, in which I wrote something to ponder-a friend sent this to me tonight.
I guess even the strangeness of the message within the subject line set off alarm bells for the 109 elves working behind the scenes at Google during the day, enough so that Uncle Mickey told me that my email was marked dangerous and had subjugated the situation in his subject line, You’ve been hacked!
Of course I wasn’t. I was only expressing my feelings, as only I can. And it reminded me of a memory from long ago, from my first career as a newspaper reporter in the suburbs of Chicago. I was a late bloomer when it came to any career I had.
Slow learner in high school, perhaps but I did pick up speed once I hit college or undergrad and yet it took me 10 years to graduate. Tough times. It was pretty much looking for the right fit for college, work and lifestyle and not always in that order either. Five colleges in 10 years. Not bad, a couple of crash and burns, but finally I had gone to where I was supposed to have gone and made it and graduated.
My goal was to be first and foremost a journalist of some kind, be in print or radio, no money in either I was always told. And I’d been a journalist at the end of high school and a radio news director and print journalist along the way. My specialties were entertainment writing, features, investigative reporting and interviews. There wasn’t ever anyone I couldn’t make talk, while understanding, that I knew all the tricks of the trade. 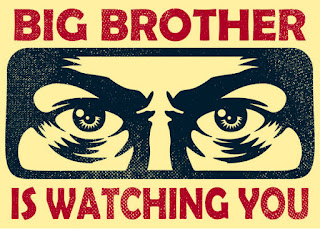 By the time I had arrived at the Des Plaines Urinal (sic), in the fall of 1992, I had already made a south suburban village treasurer resign over a hidden felony record and later missing finances, yet also covered the first ever drive-by shooting, but had a ton of work behind me. That landed me in Des Plaines. My relationship with managing editor Toad Weasel wasn’t always friendly either. He was a hard-skulled character who I frequently disagreed with, never gave me bylines for good stories I had written, because his philosophy was that I had to earn them or more than likely I had to kiss his ass in order to receive my just desserts. Essentially the guy was a true asshole that didn’t give a damn about his writers.
To him, it was a family-owned mom and pop business, in which his father was publisher, his mother travel editor, his brother, in charge of advertising and him as managing editor. Everyone else was hired out as lackeys or lack-thereof. He always hired the best or the worst of reporters and had the shittiest of equipment, including the two by four pieces of lumber for a desk top, barely covering the four drawers consisting of our desks and the basic upon basic of Mac computers, and if it was broken because your screen froze and he didn’t know how to fix it, well, you sometimes had to wait up to four hours to type your story. Typewriters were considered obsolete to him, even in 1992, even though he had a Royal typewriter in his private office.
Weasel and I never saw eye-to-eye, that is for sure and one thing that made me particularly upset with him was his tendency to snoop around our personal lives and our personal files on our computers, which in his mind more than likely at the time he felt that since we worked for him, that all of our notes for stories, all of our scraps of paper we wrote on, the notebooks we paid for out of our pocket, belonged to him. This habit, which I am sorry to say, didn’t get him in trouble at that time, though should have, because in many ways, that was a violation of privacy, no matter how it was viewed or sliced. Take your pick, either or. Didn’t matter to him.
It was one of those early morning search junkets that Weasel conducted, as he always did before his newspaper staff came in for the day, nearly got me hung because of something I didn’t do. As I previously stated, he would go through our files and also at times, though our computer trash bins to see what were working on or doing, possibly stealing company time at least in his mind.
I always made it a point to make copies of my work, harbor it on a floppy disk and throw out what I didn’t need, so he couldn’t find any excess on my computer. He often offered the excuse that he did that as a way to save space on our computers, as computers back then only had 8 megs of ram.
One particular morning, I think it was a Wednesday. Weasel was digging through my computer files and he finds one titled “note to self.” In the morning when I arrive for work, I noticed that Weasel, the managing editor is just staring at me for over an hour until his assistant Tad Soyler arrives and settles in. Tad’s a big burly man and probably would have made a great wrestler or lumberjack. Tad walks over to my desk and says to me in a very low but concerned voice, “We need to talk.”
So, he brings me into the lobby and screams, “Toad was going through your files and he found this!” And he holds up the printed file that reads note to self and on the inside of the file, was a note written, “smile, the end is near.” And Tad, the assistant says in an alarmingly paranoid voice, “Do you know anything about this? Weasel thinks you’re going crazy!”
I paused briefly and I tried to think about who would do this to me. Then it hits me. I seem to recall that my now-late friend, Mulligan Moose was always a practical joker. I met him in journalism school, during the last half of my undergrad college career. He was a year in back of me. We always hung out together. Went drinking. Horseback riding. Dinners. Roadtrips. Crazy driving that nearly got us thrown from his mom’s clunky station wagon one night. He would end up retiring by age 38, as a millionaire but would never enjoy it, as he died just months after retirement, in May 2003 as a result of a massive heart attack, just after taking a swim at a local YMCA.
He would come in often, as he knew one of the other overnight press technicians, talk to him and leave, just moments before Weasel would arrive that day. But for the sake of Tad, I told him that I didn’t know anything about it. Tad has also since passed away. God bless that man, Tad.
What made me think of that particular incident in my past life was that Weasel was always paranoid of things that never came true. But in his mind they were and that’s probably what mattered most. And seeing how far we’ve come with paranoia and fear, including 911 and now this fucking Covid-19 scare.
Paranoia is working overtime thanks in part to the local and federal governments, social media, mainstream media, alternate presses and websites and it has certainly impacted friendships of mine. I’m not used to watching my friends crack up so fast or as quick. It’s really terrible, but this is the new reality of the matter.
And I have a great feeling that after Covid-19 passes over our universe, paranoia and fear, will truly be the new norm.

Posted by Mishegasmaster at 4:05 AM No comments:

Editor's Note-It's been a very long time since I have published poetry on this blog, Just as I have started posting essays, so I shall begin posting poems. And this poem, Scars, is the best way to start.
As always, enjoy.

Hidden away from the world, she confides in me her desire to love and be loved
How long it’s been since she’s kissed a boy for feeling like a broken toy on the ground scattered
Strewn in pieces
She is shy in my mind’s eye so submissive in suspicion
I want to take her and cradle her and soothe her and kiss her and tell her the monsters are gone forever but I can’t
For she is a space I cannot begin to understand or breathe, just imagining the horror of war
The bloodied faces, severed souls in two
And the care she applies to make them come alive, back when life was just happy and true
This need for oil, this need for lust, turns into rust and it’s so damn difficult to support the thinking of paranoia behind the brains of the old who send the young who do the damage and destroy their souls in the process
Power verses passion
Money verses misunderstandings
It’s going to hurt them all in the end
Their future not hard to predict at all
I want to reach out and grab her and hold her in my arms and soothe her tell her to come home but I know I can’t do that
I will only pray for her safety and her passion holds strong and the day that we meet I can sing her a song and that she'll laugh, live and love and leave behind the anger she once felt for a past she held hard like my hands, in our cradle of love


Posted by Mishegasmaster at 6:54 PM No comments: